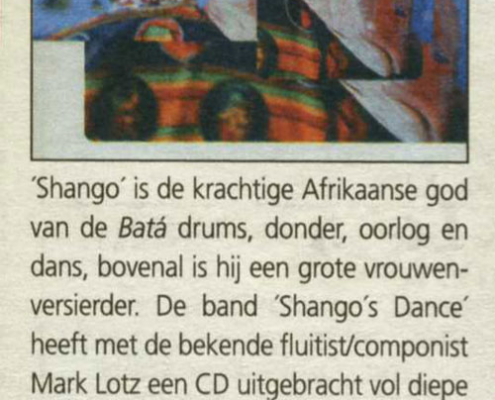 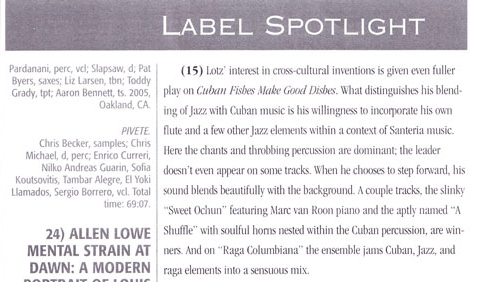 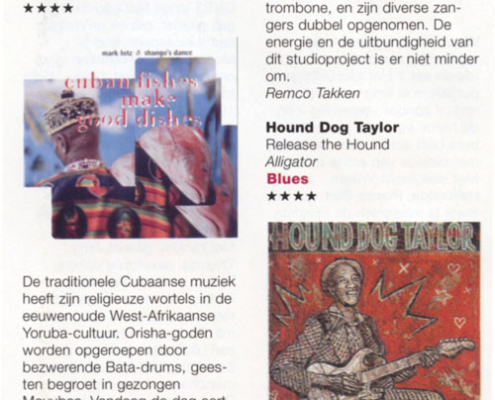 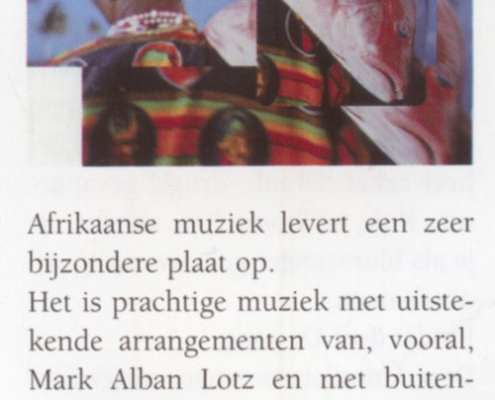 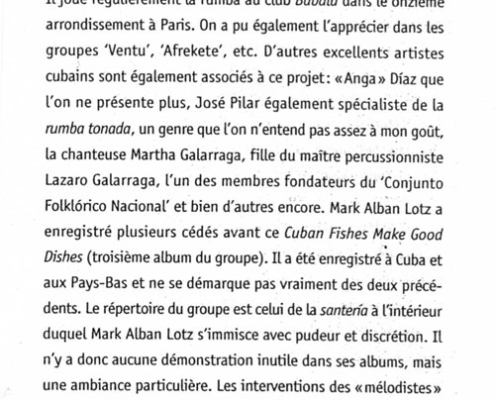 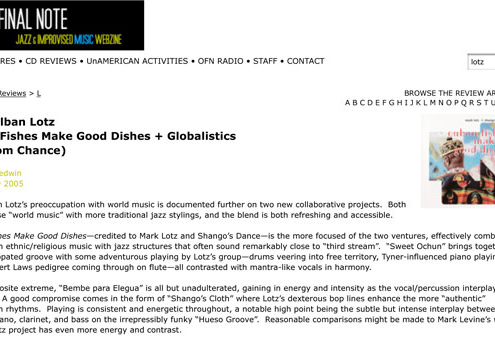 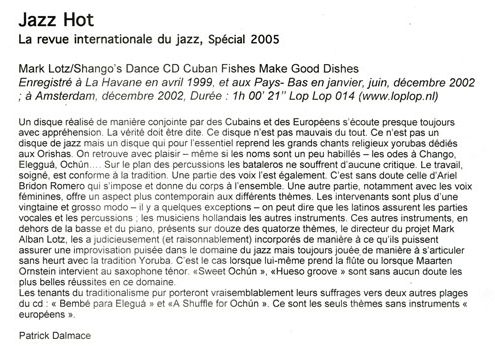 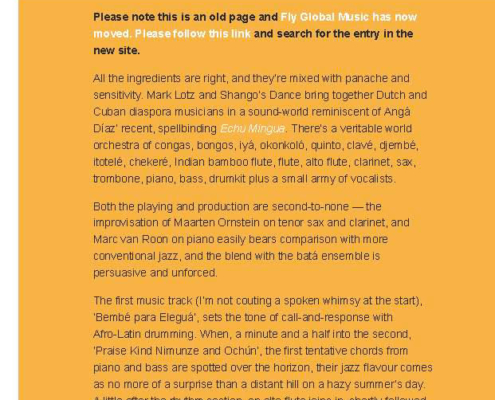 Latin Jazz Program, Jazzbuffalo, USA
“Combining smart and funky contempo jazz with Afro-Cuban ritual music is always a good idea but it doesn’t always work. No one is better at it then Mark Lotz! It’s a mix he’s gotten good at, like the person designated to make the fresh squeeze lemonade because they make it best.”

Draai Om Je Oren, the Netherlands 2008
Interview with Lotz on the CD

Jazz Hot, France
“Magical and remarkable: The Improvisations within the jazz domein always articulate without hurting the Yoruba tradition!”

Music feature by Jason Finkelman, The Hub – hubweekly.com, USA
“One of the best seven percussion driven releases of the year.”

Pleasure, The Netherlands
“An album full of mysticism.”

Editors Pick, Jazz Week, USA
“… if you just love to be adventurous, then this is one to get you by the winter blah’s. It is a wonderful mix of Afro-Cuban, religious folklore and jazz.”

Brabants Nieuwsblad, The Netherlands
“World music nowadays is as broad as a continent, but here you find a group who is heading definitely for a new direction. These fourteen tracks take you by surprise.”

Jazz magazine – rated four stars, The Netherlands
“This project is full of energy and abundance.”

Allmusic, USA
“This shouldn’t be missed.”

Descarga, USA
“This record is a bombe”

FLY Global Music Magazine, UK
“…. striking outing from the Netherlands. …veering between the campfires of enslaved Cuban worshippers and the smoke-filled clubs of New York.”

Rootstown Music, USA
“Miles away from convivial Cuban dance music but hitting the essence of Origin.”

Straight No Chaser, UK
“A stew of bata rhythms peppered with uplifting solos. Envigorating energy and a spiritual edge.”