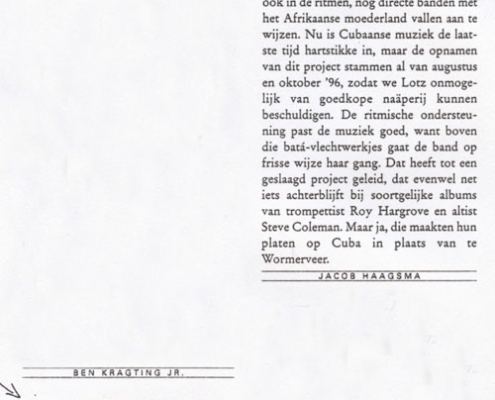 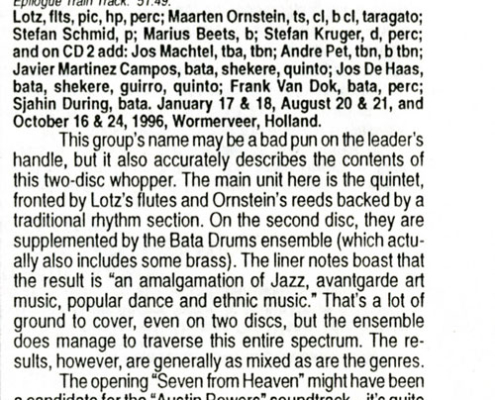 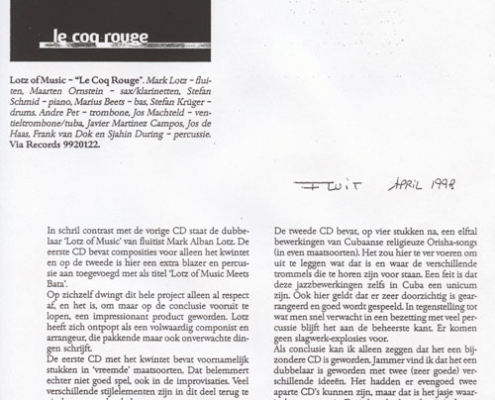 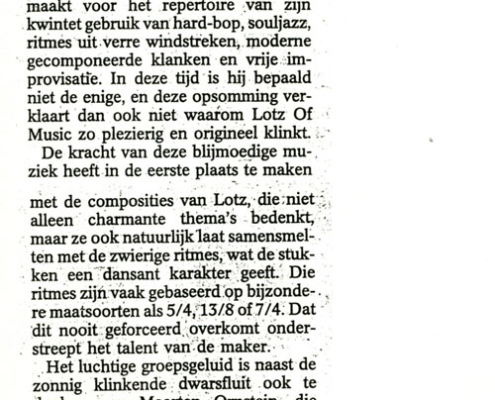 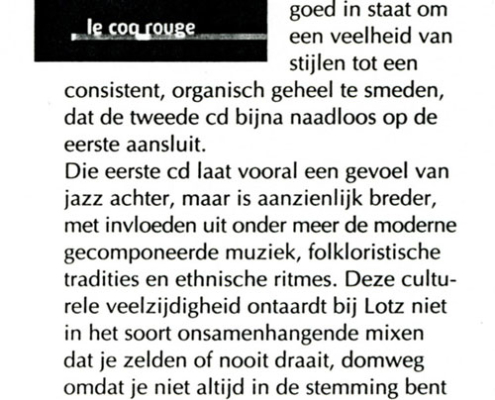 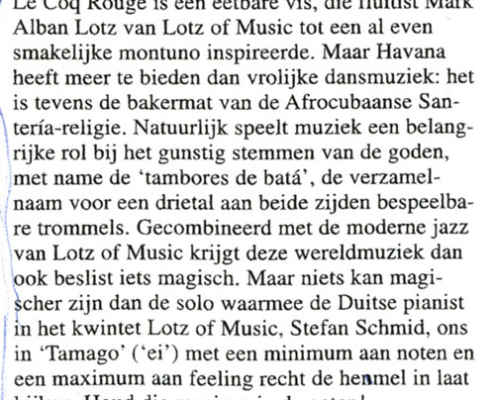 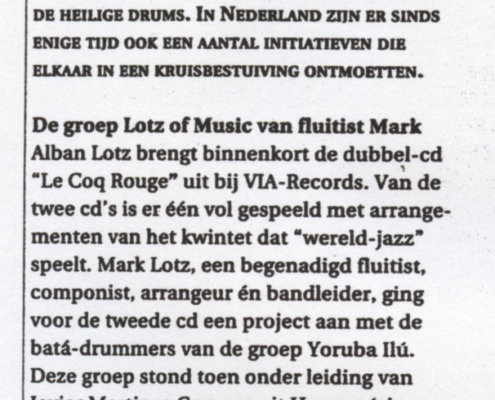 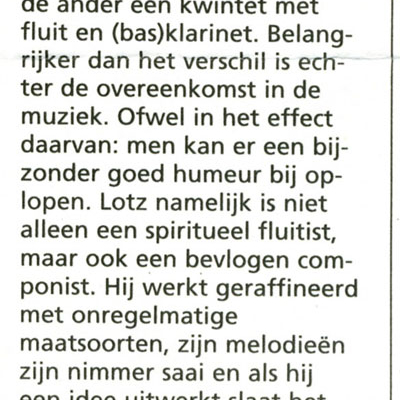 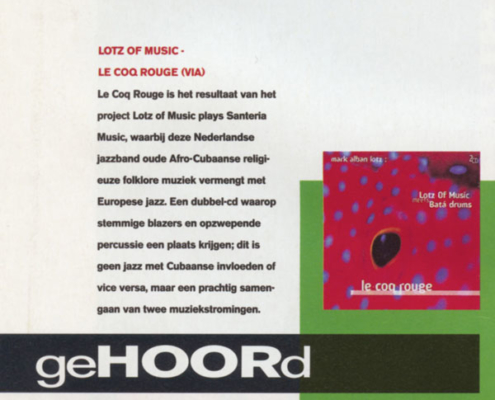 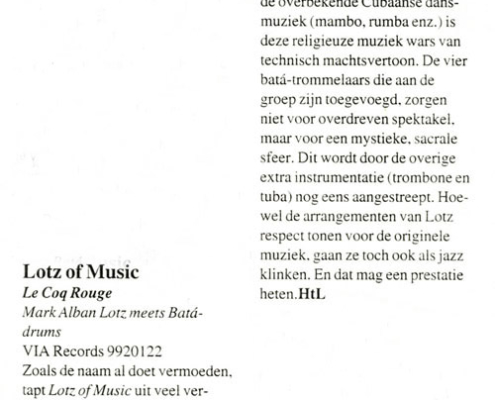 by Lotz Of Music

Pianowereld, The Netherlands
“With Lotz Of Music, ‘World Music’ turns into something magical.”

Slagwerkkrant, The Netherlands
“The cultural diversity does not fall apart into a un-homogenous mixture of styles but is presented here as a consistent, organic whole, combined with a pretty sense of humor.”

Cadence, USA
“Lotz Of Music ends up with a statement that is somewhat schizophrenic: at some point its wide ranging proclivities make it kind of diffuse but most of it is extremely fascinating. All the musicians play with great skill and energy throughout. Invigorating and fascinating.”

Nieuwsblad v.h. Noorden, The Netherlands
“After listening to Lotz Of Music the listener is left lots of joy.”

Entr’acte, The Netherlands
“Everything is performed with very natural musicality and playfulness. This is no tasteless eclecticism or cheap excotism but classy Jazz music.”

Man, The Netherlands
“This is no jazz with Cuban influences or vice versa but a beautiful amalgamation of two styles of music.”

Entr’acte, The Netherlands
“Their interpretations of the religious folklore differ much from common interpretations of Afro Cuban Music: Instead of demonstrating technical
powerplay in a tasteless show they manage to perform in a mystical, sacral sphere while the music still maintains the sound of jazz!”

De Volkskrant, The Netherlands
“This is not just an exotic flirt but a real organic fusion.”