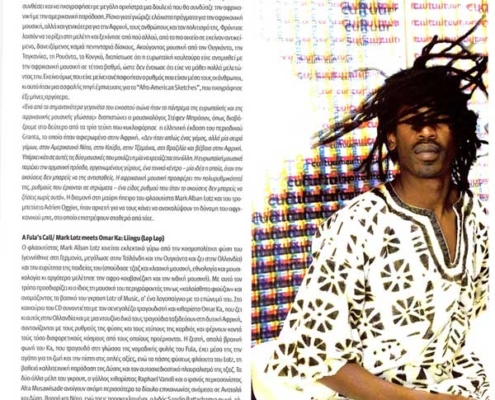 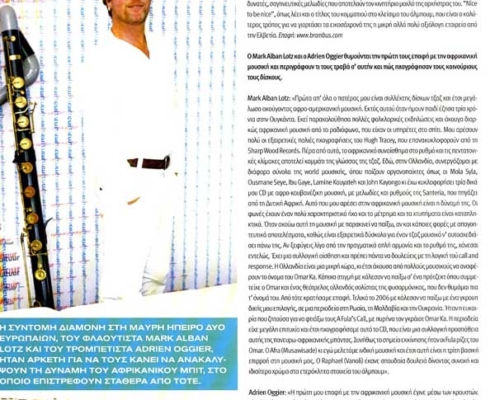 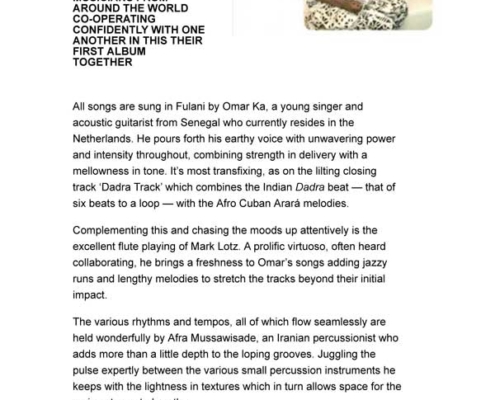 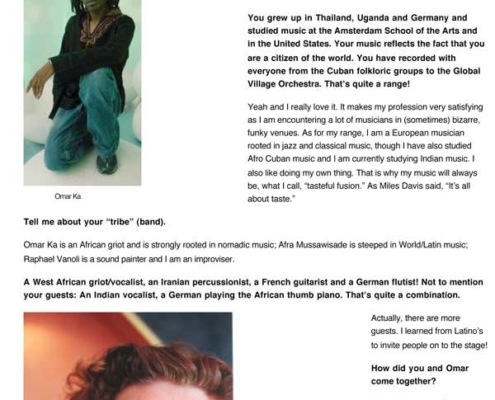 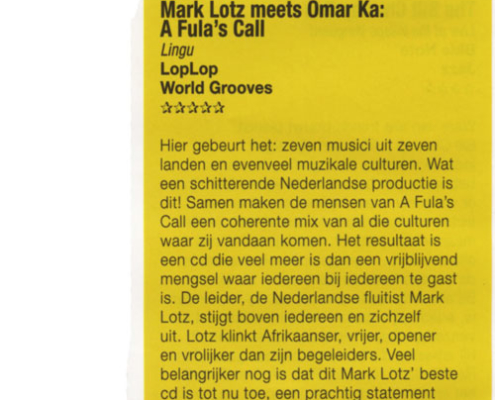 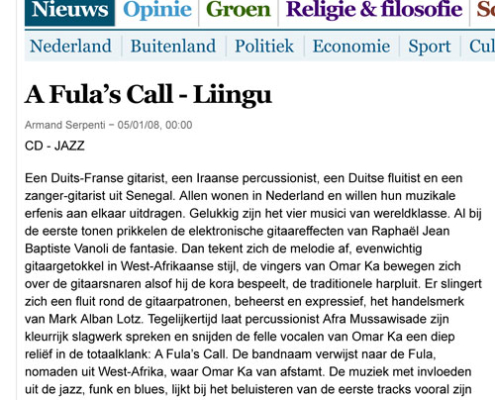 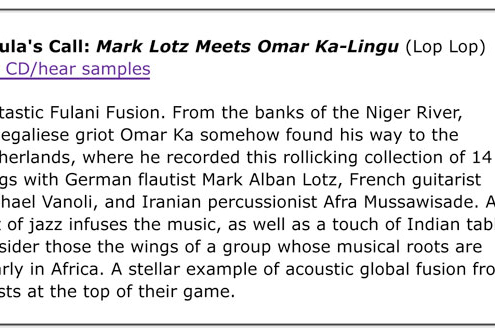 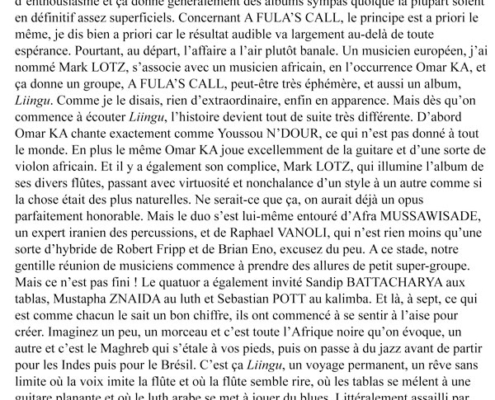 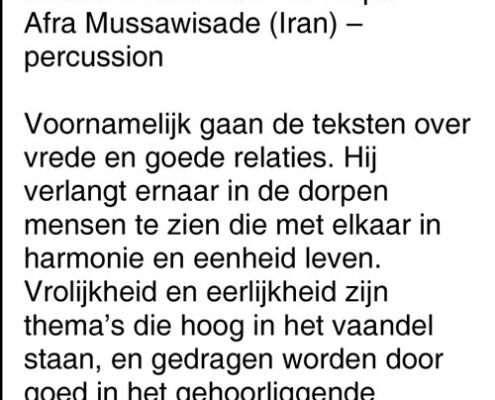 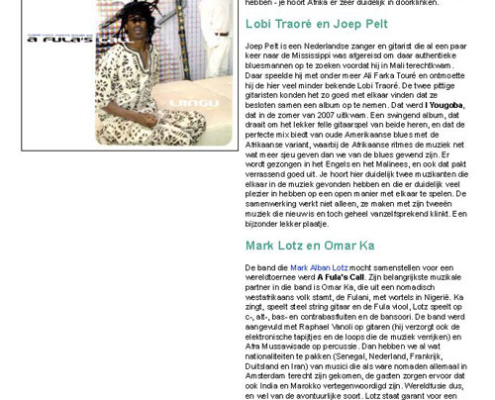 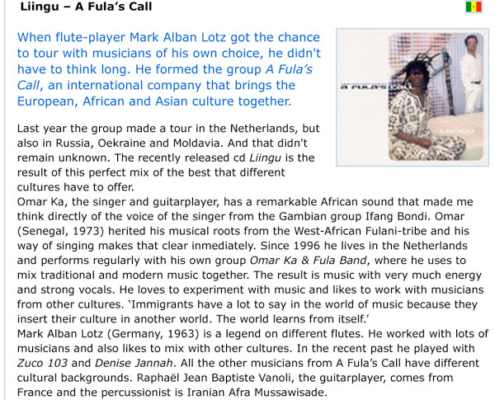 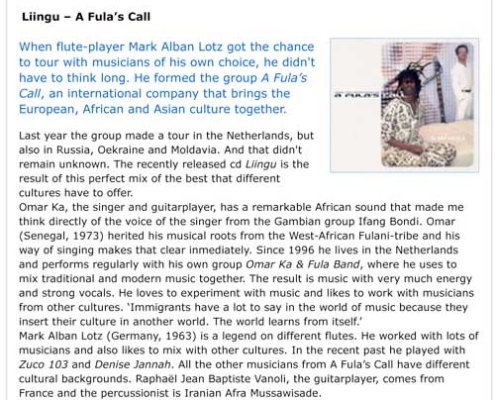 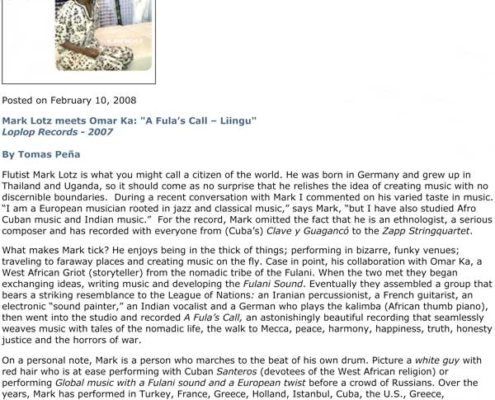 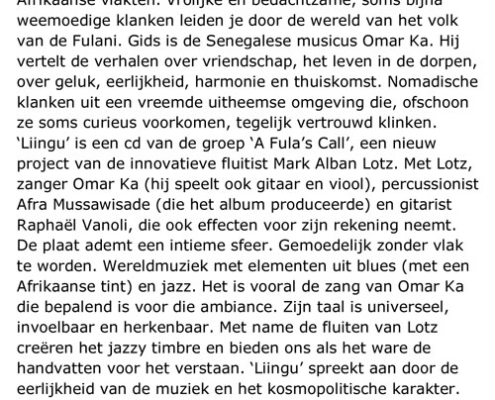 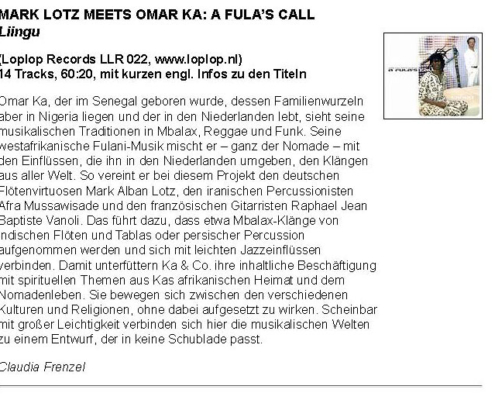 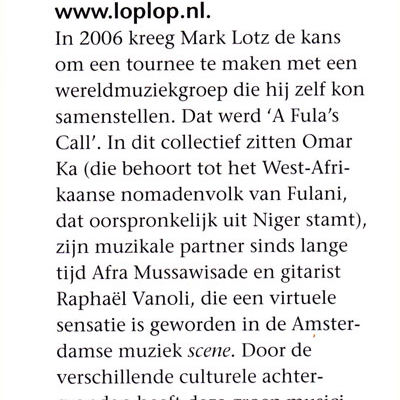 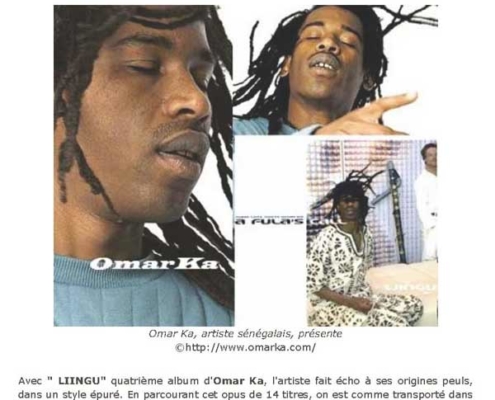 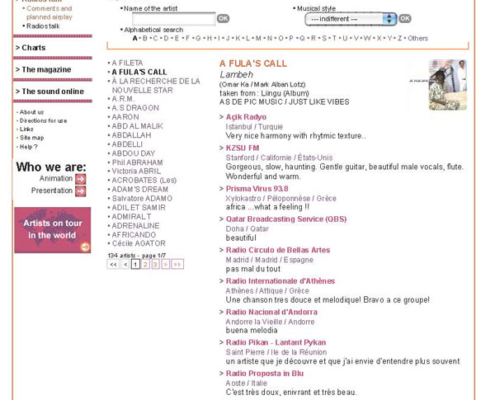 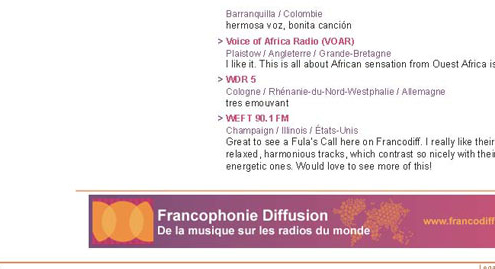 Jazzenzo, Rinus van der Heijden, The Netherlands
“You do not need words to understand what every individium tells you on this penetrating album. Mark Lotz and his musicians are knitting one juwel after the other here. Everything falls on its place with this pure pearl.”

Mixite, the Netherlands
“The tracks take you along. Almost floating on the Niger. Especially the track which lasts 10 minutes brings you into ecstasy.”

Spin The Globe, USA
“Fantastic Fulani Fusion. A stellar example of acoustic global fusion from artists at the top of their game.”

World Music Central, USA
“Paris watch out, one of the finest contemporary West African CDs came out of The Netherlands. An exciting blend of Fula Music with … .”

Africa News, Tontonjovo
“The recently released cd Liingu is the result of this perfect mix of the best that different cultures have to offer. Everybody should listen to. The tracks make you travel, almost floating on the river Niger.”

KIPO, Hawai Public Radio, Lilian Tsang
“I love the album’s energy and the musicianship is top-notch. I was so impressed with the release that it made the 1 spot on my monthly report to NAR.”

Jazz.com, Tomas Pena, USA
“It’s a very unique and beautiful sound. Omar’s voice is absolutely haunting. A Fula’s Call demonstrates what happens when people cast their cultural differences aside and join forces for a common cause.”

Latin jazz Network, USA
“A Fula’s Call, an astonishingly beautiful recording that seamlessly weaves music with tales of the nomadic life, the walk to Mecca, peace, harmony, happiness, truth, honesty justice and the horrors of war.”

ZunZun Magazine, France
“The intonations of Senegal, Iran, Europe and India intermingles into a music sensitive peacefuly federated in the jazz of today.”

KBCS, D. DeCarlo, USA
“This is what the world needs – honest, organic, natural collaborations where heart meets sound. ‘DELIGHTFUL, ROBUST, STRONG, and a host of other adjectives I’d ascribe to this beautiful release. It is a powerful moment to surrender to what the music wants [to be].”

Jazzism, Remco Taken, rated five stars, the Netherlands
“Here it happens! What a glittering Dutch production! A Fula’s Call is a coherent mix of cultures. .. the result is more than a mix of just being guests of each other … self exceeding … happily … splendid … masterful …”

Jazzflitz.nl, Frank Huser, the Netherlands
“Liingu is so appealing by it’s honesty of the music and it’s cosmopolitical character. A special album, listening to it a lot, giving you ever more perspectives.”