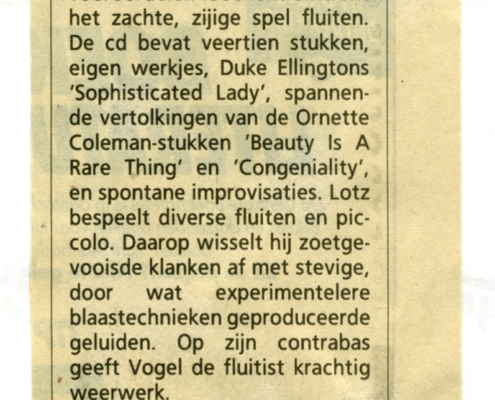 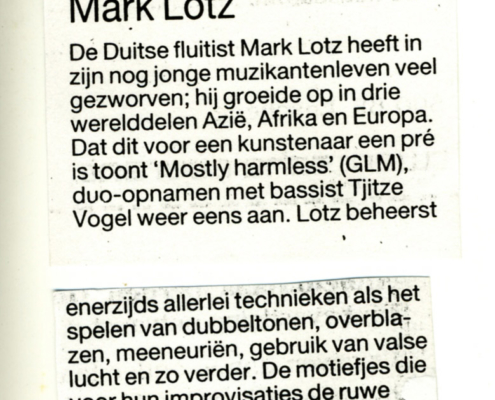 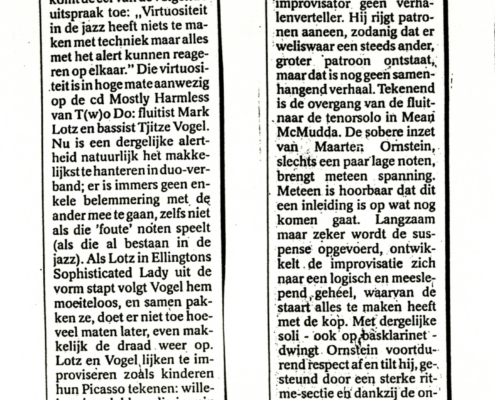 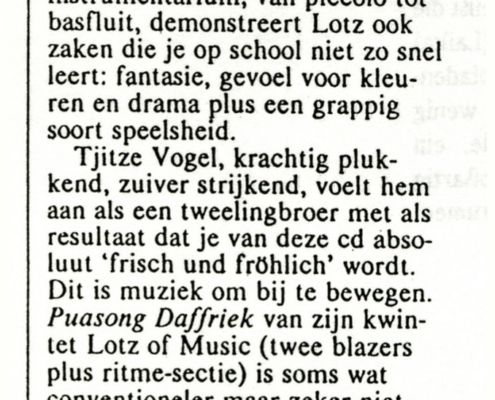 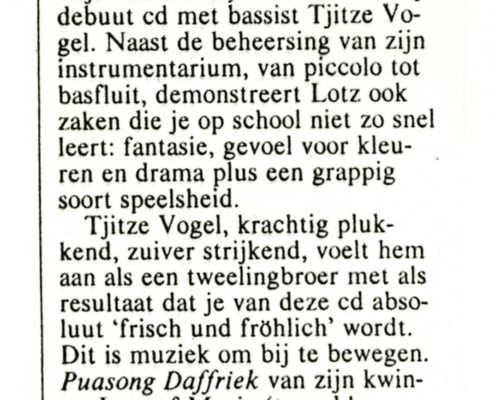 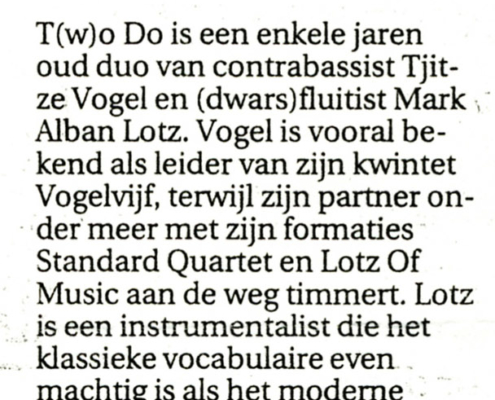 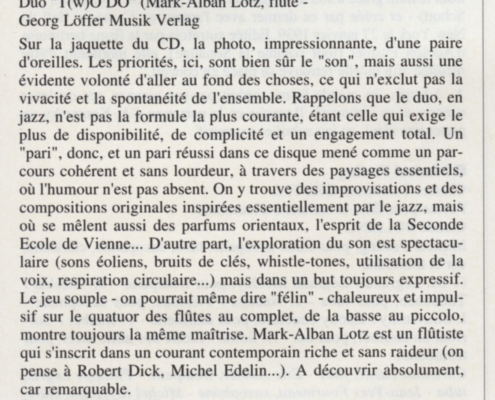 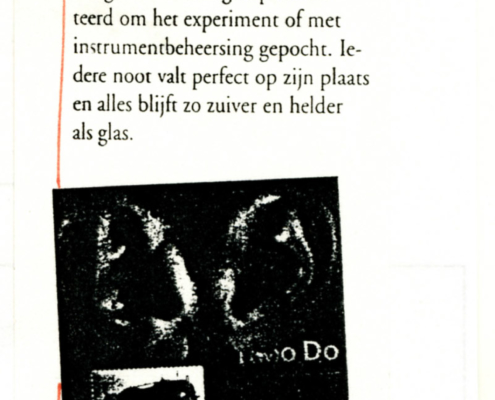 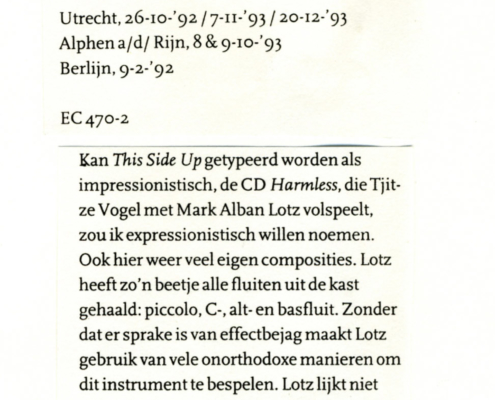 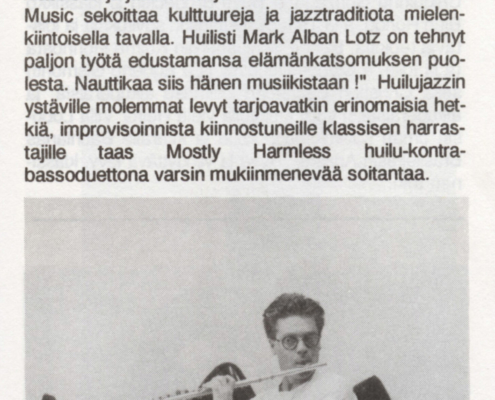 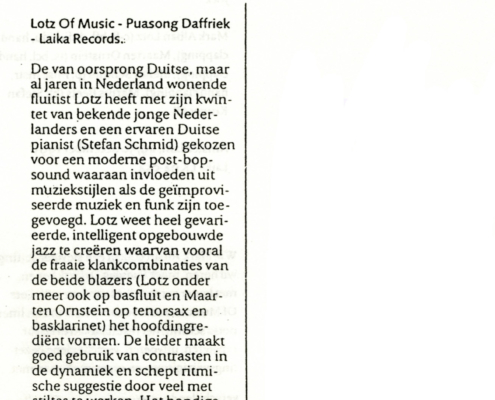 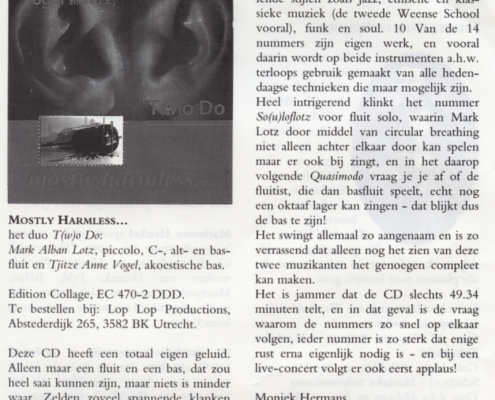 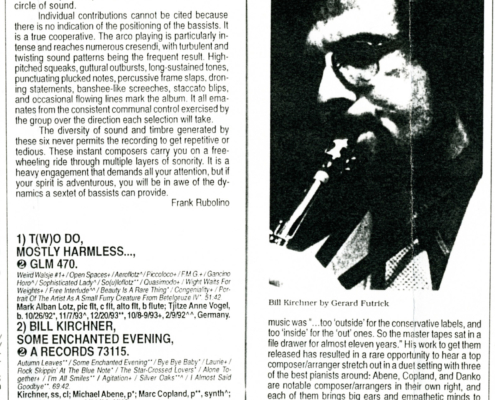 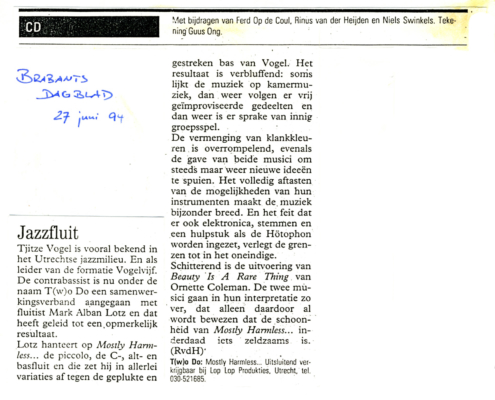 Cadence, USA
“I was quickly won over! This CD makes for a rewarding listening experience.”

NRC Handelsblad, The Netherlands
“Fantasy, sense for colours, drama and playfulness. Hearing this music you become fresh and joyous. It’s music to move to!”

Leidsch and Haarlems Dagblad, The Netherlands
“A very intimate and compact album. The clearly intuitive interaction between Lotz and Vogel elevates this CD above the norm.”

Jazz Nu, The Netherlands
“A lot of passion for playing and a good sense of humour. Even after repeated listening – this CD still captures the attention of the listener.”

Fluit, The Netherlands
“Seldom heard so much thrilling sounds as with those two inventive musicians! Only a live concert could compete with this stunning experience.”

Trouw, The Netherlands
“Spontaneous improvisations and adventurous interpretations. This CD puts an end to the prejudice around the soft and easy sounding flute.”

Bert Noglik, Germany
“The delight is in their whispers, song, echoes of the wind and expression in sound.”