I left the completely different jazz at the end, maybe it is the proposal that comes closest to my private taste. Mark Lotz, a Dutch flutist and citizen of the world, educated in many places on earth, came to Wrocław (mainly as a speaker at conferences dedicated to music), but he found time to work with double bass player Grzegorz Piasecki and drummer Wojciech Buliński (as Mark Lotz Trio) , which why the album adequately is titled “The Wroclaw Sessions”. The formula itself (section plus a strong sounding flute) is not a novelty, we find it with Jakub Dybżyński Equilateral Trio, where the section accompanies the clarinet as the main instrument. The specific ‚trance-like‘ trance atmosphere of these recording, at times approaching the characteristic improvisation coloring make it one of my favorite, of this year’s jazz albums. Although the album is far from experimental (only slightly present in the arrangement of works), this release also breaks with the typical form of improvisation. Three instruments must somehow build up the space, which is why the classic solo ride was out of the question. I am surprised by the fact that in such a short time the musicians managed to build a formula that allows to weave a very stable and balanced sound space in a modest composition. Music is not only a very contemplative place, it also contains a large amount of ‚catchies‘ (that I will mention only ‚Franz’) themes. Apparently, until the end of the session, the drummer, who suffered cruel flu and fever, did not survive, which means that in several places the flutist shows himself in a duet with a double bass. ‚The Wroclaw Sessions‘ emanates slack, light nostalgia, the dynamics are based on subcutaneous pulses, although the album can not be refused. I listen to this production and I wonder how this material would sound if the musicians had time to ‚ride‘ it a little at the concerts. The potential in this composition is very large and I hope that this is not a one-off meeting of these three. 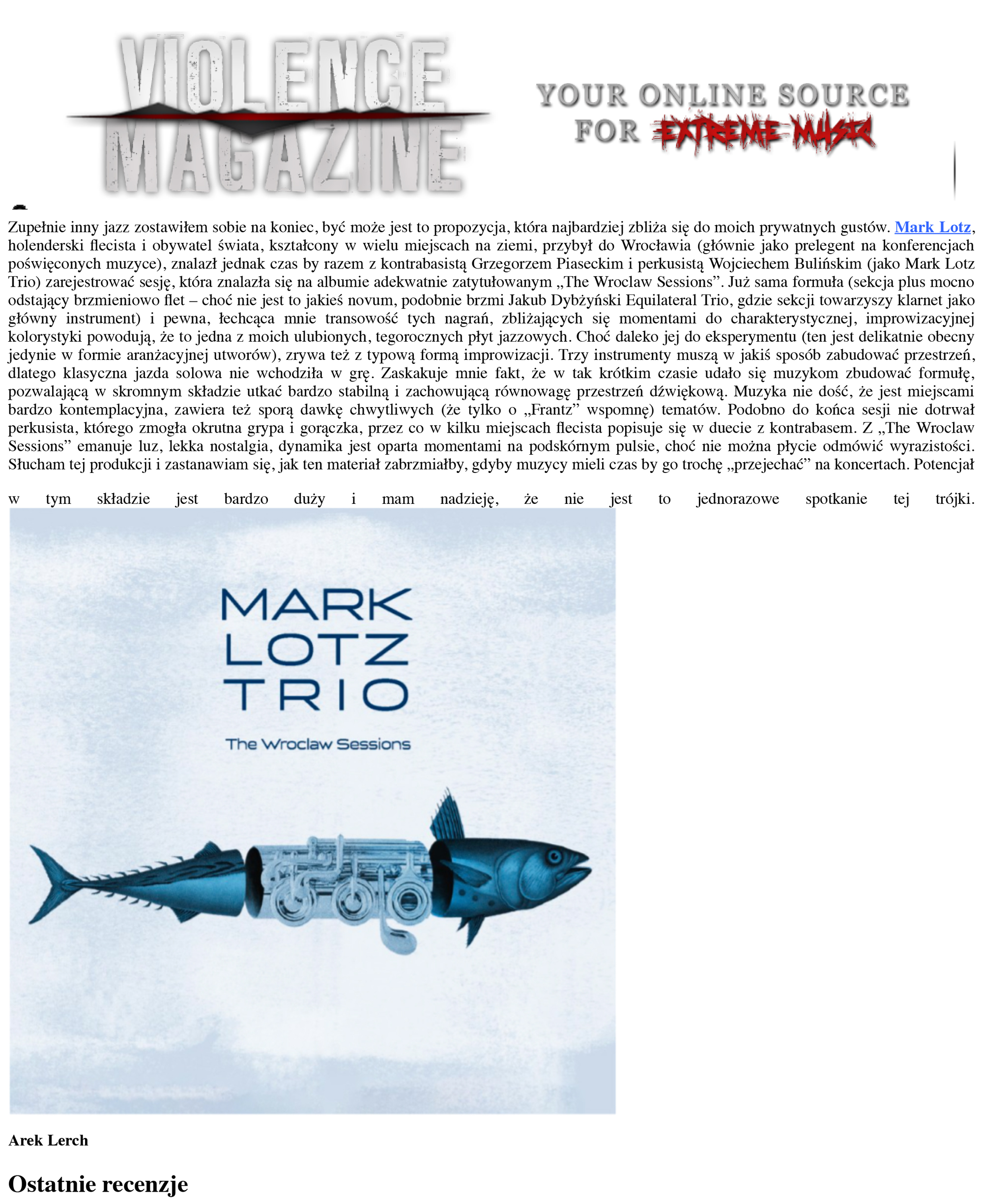 all about jazz the wroclaw sessions phibbs
Scroll to top
X